WordPress 5.0 is here. Say “Hello!” to Bebo and the Gutenberg Editor

Almost exactly one year after we’ve met version 4.9 of WordPress, we are welcoming WordPress 5.0, Bebo. WordPress is going through some severe controversy because of the Gutenberg editor. Gutenberg is the default editor in the latest version of the CMS. And while, during the introduction of “Bebo”, you’ll be offered to stick with the Classic Editor, the option precisely at the bottom of the already long enough introduction.

I would highly recommend you two things.

Second, if you’ve already updated your WordPress to v. 5.0, and you are using some kind of a drag and drop page builder, use the Classic Editor. 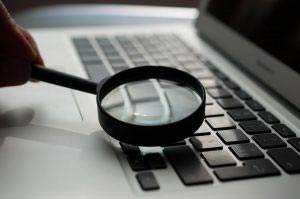 The new version of the most famous and used website management system in the world – WordPress 5.0 is more like WordPress 4.9.8. + Gutenberg that it is a new version. Still, there are a few improvements that deserve attention.

I know that I said that you shouldn’t rush into upgrading to WordPress 5.0, yet at one point or another, you’ll have to do it. The compatibility of the CMS with PHP 7.3 is crucial for the security of your website.

Yet, there is a chance that the latest update of WordPress has some issues, a.k.a. bugs. Thus, it will probably be best if you don’t update right away but wait for a version 5.0.1 or something, which will take care of these potential bugs.

With the new version, everyone could translate text in the JavaScript documents of files and plugins.  As of now, this functionality is available for PHP files. 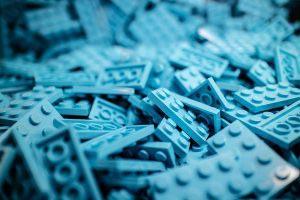 With the WordPress 5.0 version, the Gutenberg Editor is the default editor.

And there are a lot of reasons to use that editor. You’ll have the ability to reuse a block that you’ve used before on your website. Not only that but you’ll be able to import and export blocks from one site to another. Plus, there is a dark theme for the editor which I, personally, can appreciate.

We can still use the Classic Editor. As mentioned at the beginning of the article, it is now a plugin that you could install.

One more time, if you are using some kind of a page builder, the Gutenberg Editor will interfere with it. Thus, if you want to continue using your page builder, you need to install the Classic Editor plugin.

The Classic Editor plugin will be officially supported until 2021.

Hopefully, this problem will be resolved with the following version of WordPress.

NB! By now, you can use the page builder in the front-end of your website. That is, of course, true only about those page builders that have a front-end version.

Following the controversy around the Gutenberg editor, a separation of users has emerged. Thus, a new project was created. The ClassicPress is advertised as Powerful. Versatile. Predictable.

And that Predictability is what inspired these people to create the new version of the widely loved CMS. They just want to keep WordPress as it was.

Even though there are a lot of things that are great about the Gutenberg editor, maybe there is a reason not to like the way it was forced to the users.

ClassicPress are claiming that their version of WordPress is not only missing the Gutenberg editor but is also ‘modified and enhanced’.

How to Update WordPress

If, after all, you decide that you want to try WordPress 5.0, here is how to update your CMS to the latest version.

And because by default WordPress won’t update automatically, there is a list of steps that you need to take, in order to achieve that.

Before you start the process of updating your CMS to v 5.0 Bebo, please make a backup, in case that something goes wrong. Especially if you’ve made other changes to your website beforehand.

We’ve covered How to backup a website and how to restore WordPress from a backup.

Please don’t leave your website to chance, and bear in mind that although automated, the process of updating your WordPress is not simple at all.

Once you’ve backed up your website, and you are ready to update, enter the Dashboard of your WordPress website, you’ll be greeted by the announcement that WordPress 5.0 is available. Right there, there is a link that says, Please Update Now.

Here is what you need to look for:

Once, you’ve clicked the button, your WordPress will be updated. And you’ll be greeted by Bebo… And Gutenberg.

What you need to now that you’ve updated to WordPress 5.0 is to check whether your theme and plugins are working properly.

Bear in mind that, as already mentioned the Gutenberg editor which is now the default, will interfere with every theme, or plugin that needs the Classic Editor to work properly. Namely, every visual builder that has a backend version. Like the Divi builder.

WordPress was and still is a great, and versatile CMS. With the newest version, everyone is able to taste the pleasant utility of the block editor. And that is, honestly, one more reason to use WordPress. The new version – 5.0, is making it even easier to create a website.

Related: How to Create Your Own Website For Free in 2019

The block editor will make the process of content creation more comfortable for everyone that has no budget or willingness to use any of the paid solutions. The latter, we have to say, are way more sufficient, but time will surely change that.

There probably will come a time when WordPress will be so versatile out of the box that themes, plugin, and other add-ons might be unnecessary. Of course, this is just a hypothesis.

Until that time comes(if ever), we can enjoy the gradual improvements of WordPress.

WordPress User Roles: Who is Who

A writer by avocation, web enthusiast by choice. In love with almost every type of art.   All my articles.